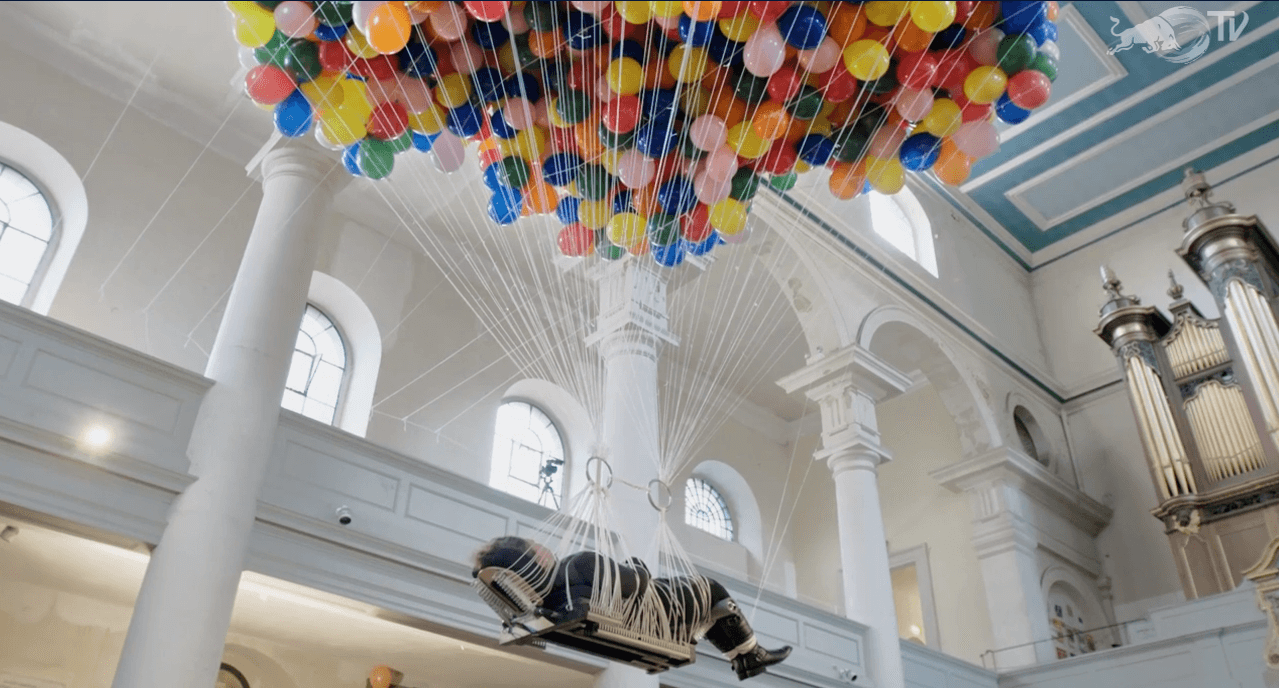 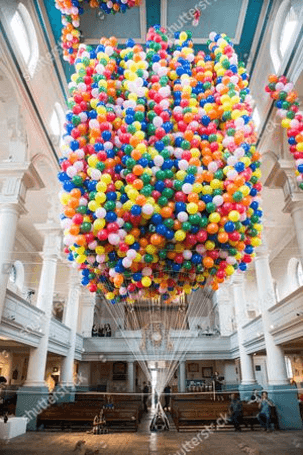 Suspended in the air for 48 hours by 20,000 balloons, Lakmaier uses a precariously immobilized body to expose human vulnerability. I have begun to think of this art piece as a foil to Sheppard’s work: rather than demonstrate a capability for exceptional strength, Lakmaier shows the universality of vulnerability. As a viewer I immediately recognize that, though my body differs from hers, I would be just as vulnerable in Lakmaier’s place.

Within disability scholarship, the term vulnerability highlights “a universal, inevitable, enduring aspect of the human condition."1 The importance of this idea emerged as a critique of the classical Western philosophy of liberal individualism. John Locke’s idea of the liberal subject posits that all human beings have inherently the same capacities, which grant them inalienable rights and freedom of action.2 Existing social structures – like politics, ethics, and law – are built around these assumptions. Disability scholars attend to the fallacies of this argument, highlighting that cognitive and physical capacities vary across people, time, and circumstance. Instead of purporting liberal agency, they propose reconceiving society around the individual’s dependencies. Martha Fineman builds on this theory by generating the idea of the vulnerable subject. Whereas dependency is episodic and varies between individual circumstances, vulnerability is a constant and immutable state of being, “arising from our embodiment, which carries with it the ever-present possibility of harm, injury, and misfortune."1

Much of Lakmaier’s art plays with ideas of vulnerability as she places herself out of control and in the hands of others (e.g., placing a paper bag over her head and allowing strangers to walk the length of her clothing, confining her body to a sphere and allowing her audience to roll her across the floor). 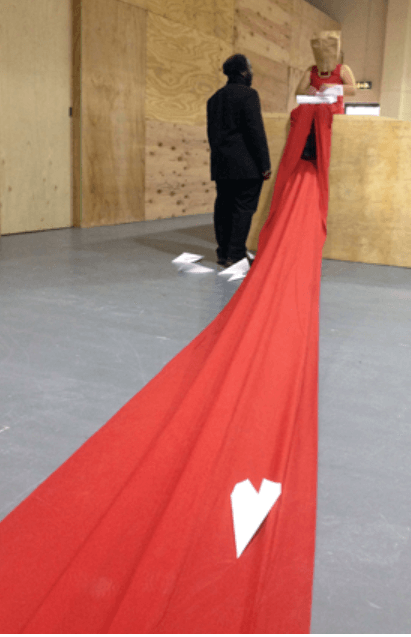 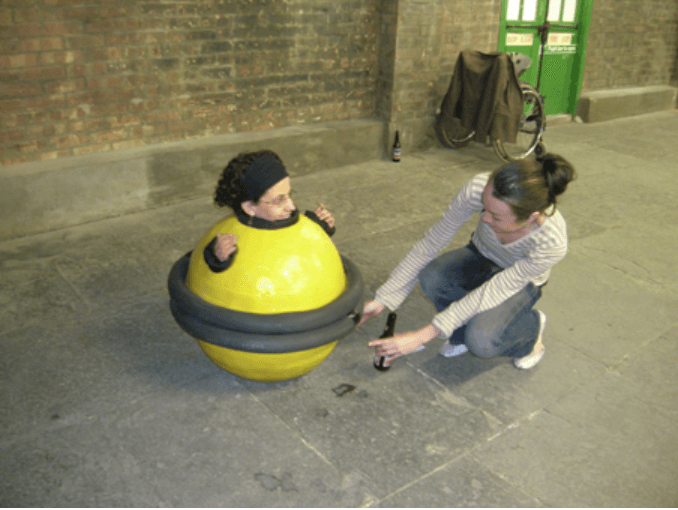 Lakmaier makes vulnerability so explicitly visual that I instinctively (and fearfully) imagine my vulnerability in her place. While I can’t say I would opt into being walked on or rolled around, Cherophobia has a uniquely fantastical element to its performance that draws me in. Watching the colorful uprising of balloons compels my body to lighten until it floats into the air. After all, who hasn’t fantasized about flying? In her naming of this performance as Cherophobia - the irrational aversion to happiness - Lakmaier asks: what if the joyful fantasy is inherently tied to a position of vulnerability? Does our fear to experience happiness emerge from our discomfort with the vulnerable? Or do we fear the desire we feel to be in Lakmaier’s body - a body we are told not to want?

Designing for vulnerability and the joys it may bring is still not something I completely understand. But I hope to keep Lakmaier and the other artists of this gallery with me, reminding me to attend to vulnerability and related forms of uncertainty: considering wholeness and where the extended body finds its full form, the visibility and performance of disability, and the unique beauties and joys that arise in experiencing the body. Ultimately, the vulnerable subject feels like the right companion to have, consider, and design for in my future work.